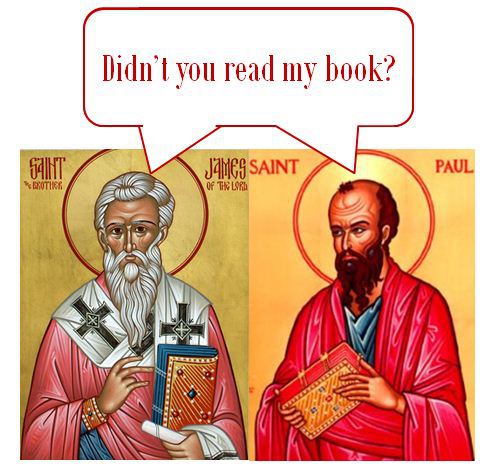 But now the righteousness of God without the law is manifested, being witnessed by the law and the prophets; Even the righteousness of God which is by faith of Jesus Christ unto all and upon all them that believe: for there is no difference: For all have sinned, and come short of the glory of God;Being justified freely by his grace through the redemption that is in Christ Jesus: Whom God hath set forth to be a [mercy seat] through faith in his blood, to declare his righteousness for the [forgiveness] of sins that are past, through the forbearance of God; To declare, I say, at this time his righteousness: that he might be just, and the justifier of him which believeth in Jesus. – Romans 3:21-26.

If the epistle of Paul to the Romans could be summed up by one word, in my observation, it would be “righteousness”.  This word and it’s related concepts are predominant throughout the book. Particularly, ‘righteousness by faith’.

1) in a broad sense: state of him who is as he ought to be, righteousness, the condition acceptable to God
1a) the doctrine concerning the way in which man may attain a state approved of God
1b) integrity, virtue, purity of life, rightness, correctness of thinking feeling, and acting

2) in a narrower sense, justice or the virtue which gives each his due.

I often define righteousness as being in right-standing with God, a being ‘right’ with God, or in right relation to Him. This is relational, and it’s a positional rightness in a legal sense.

But it’s also so much more if we cosider righteousness as an ontological state, that is, a state of being.

There is then a certain mystical undertone to righteousness that implies a complete ‘correctness’ with God, a whole and utter rightness with Him that goes beyond the separation of two-ness, and embraces the person so completely that there remains only One. Righteousness is then being so in tune with God, so utterly with Him that ‘withness’ itself disappears altogether. So, when we fully understand our righteousness in Christ, the ramifications are all inclusive as to the fullness of what it means to be a Christian, a Christ-like person that exudes and exemplifies Christ to the world, as we live out the Image of God.

The question however is, how does one become right with God?

Below, including the law of Moses, are 7 spiritual laws that will help us to understand not only the apostle Paul’s uses of these terms, but more importantly, how we can utilize these laws in our life so as to walk in God’s righteousness.

Given these laws listed, it may seem much to take in. However, the simplicity of the Gospel will become very clear when we realize two things: 1) We must differentiate between the righteousness of God and the righteousness of the Mosaic law; and 2) That there are in fact only two laws (which include all the other laws) which both act as spiritual dynamics working either for us, or against us in our pursuit of righteousness.

These two texts above show this difference between God’s righteousness, obtainable through faith, and the righteousness of the law, which is by the works of the law. How can we know to which righteousness we’re after? Simply by asking ourselves, ‘Am I attempting to attain unto righteousness through what I do, through works? Or am I made righteous by believing on, and trusting in Christ?

This difference, too, is important in our understanding of James 1:20-25 (which see), and our approach to the Scriptures in general. Instead of ‘wrath’ (which is properly used in the context), one may read,

For the desire (as a reaching forth or excitement of the mind), that is, (by analogy) violent passion (ire, or [justifiable] abhorrence); by implication punishment: – anger, indignation, vengeance, wrath of man worketh not the righteousness of God – Jas 1:20, and Strong’s G3709.

This being based on the Greek word used here for ‘wrath’. We see that the religious excitement, fervor, and zeal often seen in (legalistic) type of believers well falls within the application of this Scripture. We see by this that the apostles James and Paul are not so far apart as is often imagined.

James’ reference to Scripture as being either a seeing of one’s natural (psychic, or soulish) face in a mirror, or as a looking into the Perfect law of liberty comes into view. Just as was said concerning which righteousness we sought, whether God’s or else the law’s, so it is here. But now the difference is between how Scripture may be viewed by two different people. And this really becomes the difference between whether one is a ‘doer’ of the Word, and not just a hearer only. But, it is not as we may suppose. It’s not talking about doing good works for the sake of being a ‘doer’- but how does one really ‘work the Word’?

Again, the difference here is one between faith and works. But doesn’t James talk about faith without works being dead (Jas 2:20)? Yes, but what did Jesus also say to the Jews who inquired about how they could work the works of God?

And as the author of Hebrews wrote,

…but the word preached did not profit them, not being mixed with faith in them that heard it. – Heb 4:2b.

Therefore, the deciding factor on how we perceive the Word is when we’re reading it: are we seeing our natural face as in a mirror, thus seeing as opposed to believing (2Cor 5:7)? Or, are we seeing with the eyes of faith, and believing on Christ, seeing Him rather than ourselves, and therefore being doers of the Word? If we see ourselves, how we fall short, our failures, and sin, we will walk away (discouraged), and forget what manner of man we were- that is, we’ll forget who we are in Christ, our True Identity. The Word is then unprofitable to us because of unbelief. Or, if we see Christ- believing on Him, we mix the Word with that faith, and the Word becomes the Perfect law of liberty, and we are able to work the works of Christ.

2) The law of sin in one’s physical members.

1) The Perfect law of liberty; and

The dynamics of how these 2 laws operate directly relate to whether we’re living a defeated or a victorious Christian life.

Be blessed in Him.