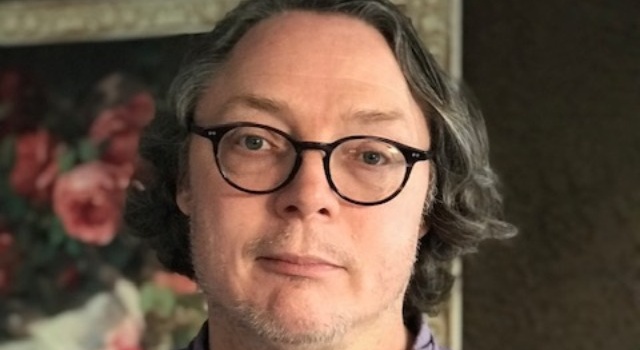 I Was born in El Paso, Texas September 16, 1966 to my parents William Don and Janice Ann Bahrman. I was the third child of four, having an eldest sister, an older and a younger brother.

We relocated to Albuquerque, New Mexico in 1969 when I was but three years of age. This move was after our alcoholic father left us four children and our mom. Or, did our mother leave him? I suppose it all depends on who you asked.

I grew up in an impoverished and loveless environment. Our drug-addicted mother was abusive toward us in verbal, emotional, and at times physical ways.

My first encounter with God was at a young age. We lived across the street from a Roman Catholic church. Our mother would send us to mass each Sunday, so she could have some time to herself. One Sunday morning as I sat in mass, I suddenly felt the Presence of God envelope me. I believe God revealed Himself at this time. I began reading catechetichal literature from the church. In just seeing the pictures portraying Christ’s life and the mysteries of His passion, I believed. However, it was not until years later that I’d have serious life-changing encounters.

As a troubled youth, I was a runaway from the ages of 13 until 18. During this time I lived on the streets of Albuquerque. I’ve slept in abandoned motels, a grave yard, in runaway group homes, and on countless friends’ couches. But often, feeling uneasy or uncomfortable sleeping anywhere, I’d stay up all night drinking coffee and writing poetry.

During these years I used drugs, mostly marijuana, but this included hallucinogenics, amphetamines, and alcohol. However, this sex drugs and rock-n’-roll lifestyle left me feeling empty inside, looking for the meaning in life.

While God was drawing me to Christ, I also began to dabble in sometimes darker nature spiritual practices. I used crystals, visualization, and cast spells to either curse an enemy, or to obtain some need. Once I visualized a being of immense power over an enemy unbeknownst to him. Suddenly, in the dark he said, “Bro, there’s something else in here!”

Although I had earlier conversions with powerful evidences of His Presence, I often went back to a more worldly lifestyle. God had other designs for my life, however. At the ages of 17-18 events began to draw me closer to a more complete surrender to the Lord.

I once dreamed of an expanding darkness in the very core of my being. I knew what it meant for me: lostness and spiritual death.

After buying acid for someone else, while crossing the street, a sports car came up and hit me. An eyewitness said that the car was going fast enough to “break every bone” in my  body. Yet just before impact, I yelled out of desperate faith, “Jesus!”- and though the car knocked me down, I miraculously got up unharmed other than a scratch.

I decided at that point to start going to church regularly, any church whenever the doors were open. Was water baptized in 1984.

About a year later, I began attending a church of the Christian Fellowship Ministries (CFM) called The Potter’s House. Although experiencing a more disciplined walk with the Lord, I also underwent years of spiritual abuse. This was at the hands of a legalistic and controlling pastor.

Eventually during a ‘Sunday School’ class studying the book of Matthew, the pastor read these words:

The Spirit ‘opened’ this verse to me, that He was calling me to leave that fellowship. While I could have left earlier, God had experiential lessons for me to learn in this abusive environment. The main lesson was in how not to be a Christian. It was a college course on how not to view God, and others. How to not be legalistic, critical and judgmental of self and others.

I began to read and study the works of Watchman Nee, the famous Chinese preacher, at this time. His teachings were not only healing, but liberating as I saw that the true source of authority was God. Man’s role was that of a steward, and not a possessor of power. While not agreeing on everything, his writings showed me how humility and heart matter in spiritual service.

Also during this time I studied the Bible daily on ever deepening levels. There were deeper levels of prayer that God took me to, while yet in that legalistic church.

I became married to my lovely wife around this time, the first opportunity once we left the church.

As I left that particular church in 1994, there was much brokenness that needed deep healing. That legalistic and abusive environment only exacerbated and compounded these issues. While I did attend other churches, I’ve found all my healing while not going to a church (ironically). He met me in the secret place where He has become my Rock and source of Living Water. Learning intimacy with God meets my deepest needs, and quenches my inmost thirst.

In 1994 Christian mysticism became a serious interest and practice. The book “Experiencing the Depths of Jesus Christ” by Madame Guyon was instrumental. Discovering the letters of the Hebrew alphabet, first in their prophetic, then mystical applications, led me down multiple and diverse paths of learning. Deeper prayer methods in Christian meditation developed my ‘inner world’ toward a more real and satisfying relationship with Jesus Christ.

Since 2006, discovering the scandalous grace of God has increasingly changed my perceptions of God and of self.

The story above is an abbreviation. A constant for me, even since I was a teenager, has been my calling as a Bible teacher and preacher. I’ve been in deep and earnest study toward this calling for over 30 years now. Preaching the Gospel of the Kingdom of God, bringing healing and deliverance into the lives of others, is manifesting now. This Gospel of the grace of God, that salvation and forgiveness in Christ Jesus is toward all who believe! It is not a message of legalism, but of love.

Let the weighty glory of God touch your life today, liberating it from all oppression and limitations.