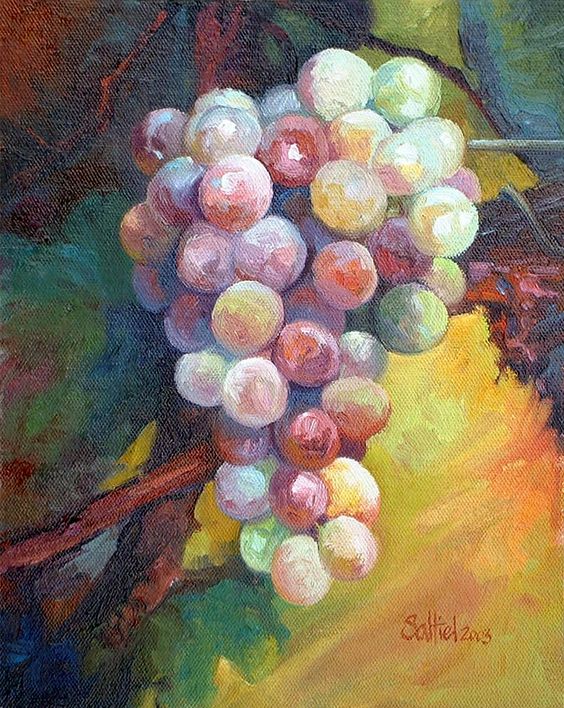 Seeking the glories of His face, abiding in Him is nothing that you can either earn nor maintain- just accept, and all the more in lieu of our shortcomings and imperfections- this is when grace hyper-abounds toward us.

We’re told of the importance of abiding in Christ as the secret to fruitfulness (Jn 15:1-16), and as the secret to victory over sin (1Jn 3:6). And yet how do we abide? What does it mean to abide?

Of course our believing is important, as one is not simply ‘in Christ’ without having any faith or turning to Him in conversion. But the work is already done, there’s nothing more to do but to believe- all else is done.

All one need do now is to abide. This is why Christ leads off with that in John 15, as if to imply that we’re already accepted, already saved- because in Him, we are. There’s nothing more for us to do but to abide, to stay in His presence, to bask in His grace as one would in the warm sun.

Now here’s the issue, how does one not abide in Him? We are told by Christ to abide, which seems to say that we have a choice in the matter, that we’re given in the imperative form, Abide in Me (Jn 15:4). Christ Himself isn’t going anywhere, neither can one undo the finished work of the cross. But one can cease to abide, and oftentimes in one’s unrenewed mind, such a thing occurs. How? Often times it can be through failure, shame, feelings of guilt, of or unworthiness. But does sin itself necessarily cause us to cease abiding? No. Jesus would not command us to abide if there were other factors that could oust us from the place of abidance. Some could say, “Well, if you sin you break fellowship with God. You’re still saved (they say) but you’ve broken fellowship or communion.”- and if that were true, we could ‘stop abiding’ because of sin… but is that the real situation?

There is therefore now no condemnation to them that are in Christ Jesus. – Rom 8:1, ASV.

When we sin, it’s true that we ought not to treat it as a light matter, that we should pray and renew our minds before the Father. Our confession of sin isn’t so as to obtain forgiveness, for that’s already been given at the cross (Lk 23:34). We may confess the wrongness of our actions, confess what we did, who we’ve wronged, we may even speak as to the selfishness of our behavior, and even the worthiness of our sin for judgement. But we also confess that our sins were judged at the cross in Christ, that we were even judged for our sins at the cross, and that He already paid for this sin, too. We confess that our righteousness is of Him, and that we have eternal life. We confess that we are forgiven of all our sins, even before we committed them.

Yet none of these actions places us back into fellowship with God, as this was never broken! This is true as far as God is concerned. Now we through embracing a false identity (i.e., that we’re a sinner), or by embracing the law, we thus condemn ourselves, and attempt to make up for our wrong doing by doing good, or ‘doing better’, etc… This kind of thinking is actually what causes us to cease abiding. It wasn’t the sin, as such- at least not in itself. It was either our hardening of heart in continuing to embrace it, and the whole right/wrong dichotomous thinking, the law-thinking that engenders within us a separateness, a consciousness of separation, a sin-consciousness. We walk around failing to abide in Him because we think He’s angry with us, or we feel unworthy (which we always were, even on our ‘best days’), and so talk ourselves out of abiding in Him.

In this sense, we choose to abide in unbelief, not knowing the true gospel of the grace of God, supposing that this whole thing is based on our behavior and not on His grace.

However, if we simply turn toward Him in faith, knowing that He’s already turning His face toward us- unreservedly, and without consideration as to our worthiness, our behavior, our past or our future. What He considers is the perfect work of His Son on the cross in paying for our sins, and redeeming us from all iniquity and guiltiness.

Our fellowship with Him is never broken, except only in our own minds if we choose to embrace the law or a sin-consciousness, a false identity, only then can we fail to abide in Him. But it’s never God shunning us, never Him breaking fellowship with us, never Him kicking us out of the Garden. If we realize this truth about grace:

But where sin abounded, grace did much more [lit. hyper] abound -Rom 5:20b.

When we’ve failed, when we’ve struggled, God is not looking for an out- instead He’s already running toward you, as He ran toward the Prodigal Son (Lk 15:20).

So, abide in Him. Know that He is for you- never against you. Even in your weakness and moral failings, He’s still rushing toward you- and by His grace we become the men and women God intended us to be. With law-thinking, however, one can only become worse and worse morally, and we forfeit the joy and bliss of communing with God in continual abidance. If you want to (really want to) shorten your dealings with sin, and weaken sin (as the law only prolongs and strengthens sin), embrace this radical grace which increases exponentially when we need it most- in lieu of our failings- and enables us to continue abiding in Him, as that never was in jeopardy to begin with.

2 thoughts on “Abiding in Him”